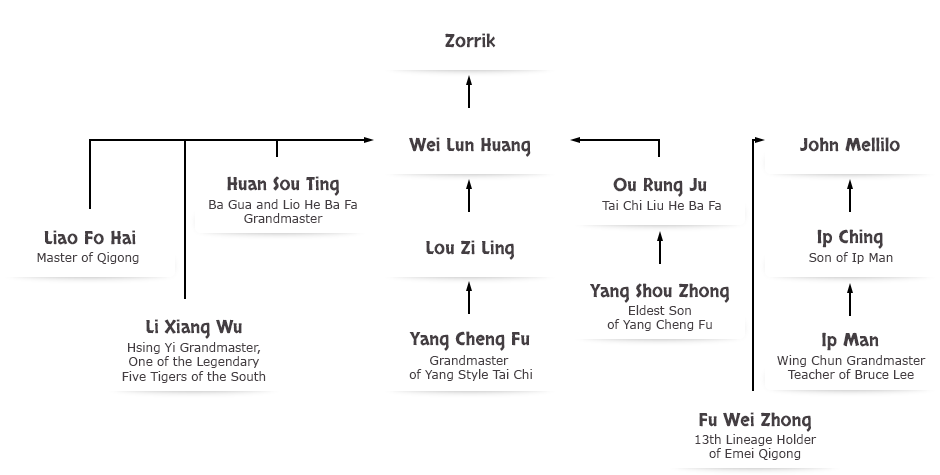 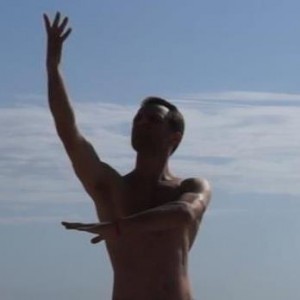 I was drawn to the quest of self-improvement early on. Diving into martial arts and yoga, I discovered deeper and deeper levels of Energetic Arts, which began my foray into spirituality.

Starting with Judo at age 6, I have ventured to discover Karate-Do, Tae Kwon Do and Kung Fu, eventually opening my own school in Eastern Europe. 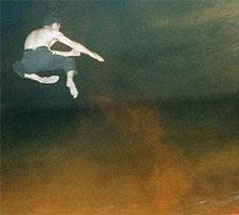 Coming to United States in 1990 has given me more opportunities to learn.My introduction to Internal Arts started with the finer aspects of Wing Chun. I studied this fascinating art for 6 years with John Mellilo, who learned Wing Chun from Grandmaster Ip Ching (indoor student of Grandmaster Ip Man) and Emei Qigong from
Grandmaster Fu Wei Zhong, the13th Lineage Holder of Emei (Er Mei) Qigong.John Mellilo, with his Bruce Lee-like brutally honest approach to practice and one of the finest fighters I have ever met,  has been the defining early influence in my martial art. 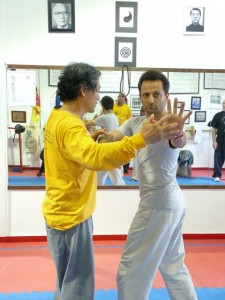 In 1995 I discovered Master Wei Lun Huang. Master Huang learned Yang Style Tai Chi directly from the students of Yang Cheng Fu. Master Huang is also a prominent Hsing Yi student of Li Xiang Wu, one of the Legendary Five Tigers of the South. In 1990, Master Wei Lun Huang became completely paralyzed due to an accident involving a severe neck injury. Master Huang used his energetic and meditation skills to recover full motion and gained unique and deep understanding of energy functioning in the human body, while in the process of regaining his martial arts abilities.

For the next 19 years I studied intensely under the private instruction of Master Wei Lun Huang. It was a fantastic journey that allowed me to glimpse the finer points of Qi Gong, Meditation, Yang Style Tai Chi, Sword and Fast Form,  as well as Ba Gua, Liu He Ba Fa (my personal favorite) and
Hsing Yi.

The sublime push hands instruction allowed me to venture into Boxing and Cage Fighting, as well as the infinitely subtle arts of healing.

Accupuncture has further strengthened my understanding of healing arts. 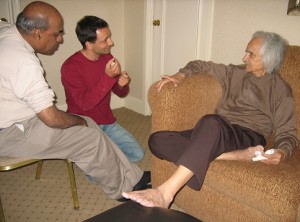 Freedom of mind, body and movement has become the guiding principle of my practice.  In 2005, I was fortunate to be invited to a small private gathering, that hosted UG Krisnamurti. Called both the Living Buddha and anti-guru (he was well known for his rants against his contemporary, J Krishnamurti), UG was a force of nature, aptly named by the Vatican “the most dangerous man on Earth”.The week spent with UG Krishnamurti has started a revolution in my body and mind that was to culminate in a deeper understanding of the Truth 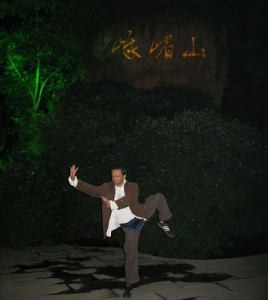 Shortly after, I felt the deep need to travel. After learning Mandarin Chinese, I have embarked on a long journey from Shanghai to West Tibet and on to
India. In China, I sought out teachers and energies in the cities, Wu Dang (Wudang) and Er Mei (Emei) Mountains.In Tibet the countless temples, holy lakes, mountains and sites have enriched my being and my practice greatly.In India, I had the privilege to study and test my skills with a Kalari guru.  Before I left, we have engaged in a 4 hour practice session, in which I used my Tai Chi mirroring skills to match the energies of the ancient art of Kalaripayattu. 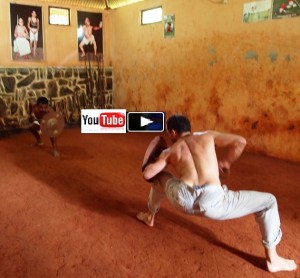 I have a deep desire to share the beauty and magic of the Energetic Arts.

Please, join me on this adventure!